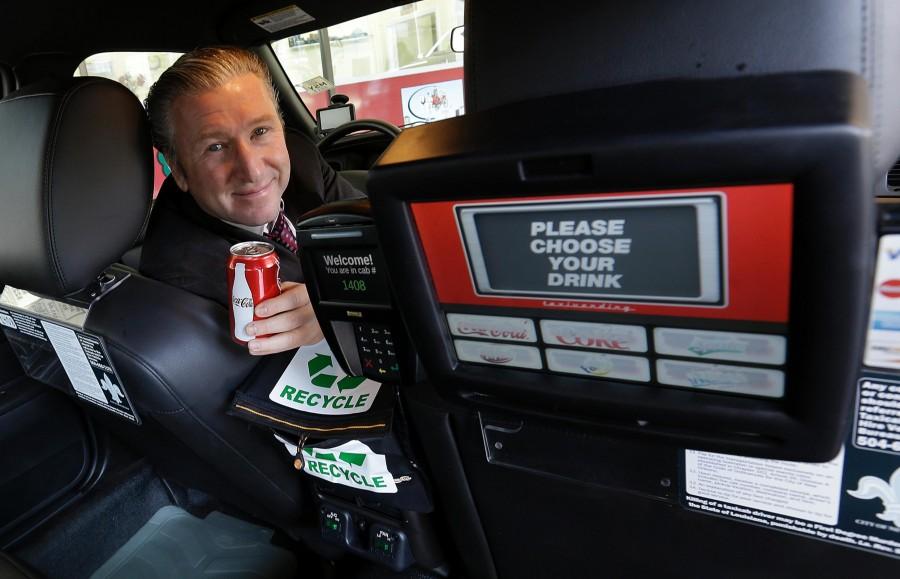 NEW ORLEANS (AP) – When customers get into some New Orleans taxis, they’ll now have the chance to buy a cold beverage during the drive to their destination.

The latest innovation comes after the city’s entire taxi fleet of about 1,600 cars was forced to modernize. Now vehicles must be equipped with air conditioning, surveillance cameras, credit card machines and global positioning devices. The vehicles also will need to be no older than 11 years, with that age limit reduced even further to seven years in 2014.

New Orleans Carriage Cab owner Simon Garber said his 14-year-old son, Shaun, pitched the idea to offer passengers soft drinks back in 2007, but Garber said he was doubtful it could work. After continued prodding from his son, Garber said he found a patent attorney and technical experts who brought the idea to fruition. The idea took four years to develop.

“We’re launching here, in New Orleans, because this is a great tourist city, with great hospitality and opportunity for everybody,” said Garber, who operates more than 1,200 taxis nationwide.