Column: Do not be defeated by apathy 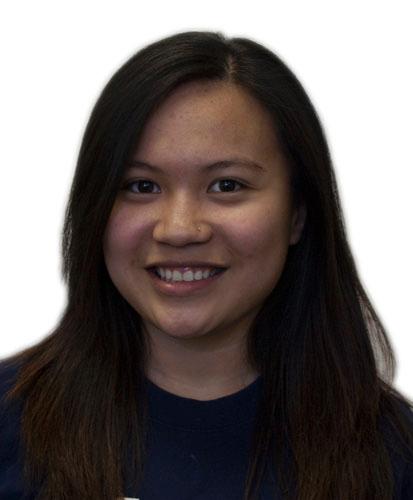 PHUONG TRAN In My Opinion

The 2012 Presidential Election is a little less than two months away. That’s not really news – though if it is to you, please read on. This conglomeration of words is intended for anyone who’s been too busy (with jobs, school or the occasional drinking binge) to devote his or her time to follow the important but oh-so-tedious election coverage.

So I’m going to break it down for you. The main contenders are: in the left corner, our current Commander-in-Chief, Barack Obama, and in the right, a swashbuckling, handsome young devil named Mitt (i.e. former Governor Romney of Massachusetts). As alternatives, there are also a dozen or so (nine on Louisiana’s ballot last time I checked, and by “checked” I mean “checked Wikipedia”) independent fighters just waiting around the ring for their chance to shine. Of course I’m being flippant, but you get the gist.

The hot-button issue at the moment is the economy. Unless you’ve been living under a rock these last few years (and you may have, I’m not one to judge), you might know that there was this itty-bitty financial meltdown that kind of flushed our economy down the toilet, not to mention pulling the rest of the world down the crapshoot with us.

Since assuming the presidency, Obama has pushed several initiatives to try to salvage the US economy, and under him, jobs have been consistently added and the unemployment rate has declined and plateaued around eight percent.

On the other hand, there’s still much left to be desired, and that’s where Handsome Mitt comes in. With his resumÃ© in hand, he promises to turn the economy around with his impeccable business acumen and tax-breaks for the “job-creators.”

Another divisive issue is the passage of the recent Affordable Care Act (i.e. Obamacare)-which is too complex to delve into in such a little space as this-but the Sparknote version is that everyone should have health insurance (you can learn more about it for yourself at healthcare.gov).

Other issues that often come up in the election coverage include the usual suspects: foreign policy (Israel, Iran and now the recent anti-American sentiments in the Middle East), gay marriage (which is now officially on the Democratic Party’s platform – they’re for it, by the way) and pro-life versus pro-choice.

At this point, you may start to ask what I am trying to accomplish with this piece of glib writing. I’m not out to convince you to vote for one candidate over the other (that’s up to my more convincing and politically-active peers). Heck, I’m not even out to convince you to vote at all. What I am trying to do is encourage you into putting personal interest into this election and the issues that revolve around it.

We American college students are starting to get a bad rep for our general apathy. You are entitled to your apathy, you may even wallow in it, but that also requires you to be apathetic to your own future. This election, all elections really, will affect you in some way, with some effects being more permanent than others.

So become more informed on the issues and where the candidates stand on them, because even if you don’t want to have a say in our political processes, you should at least know the consequences of your inaction. Watch the evening news every once in a while, pick up a newspaper on your way to class or even just Google important election issues. You’ll be amazed at how much you can learn by just paying attention to the world around you.

Last plug: check out isidewith.com if my awesome power of persuasion actually convinced you to care.

Phuong Tran is a sociology senior and can be reached at

In My Opinion is a weekly column open to any Loyola student. Those interested in contributing can contact