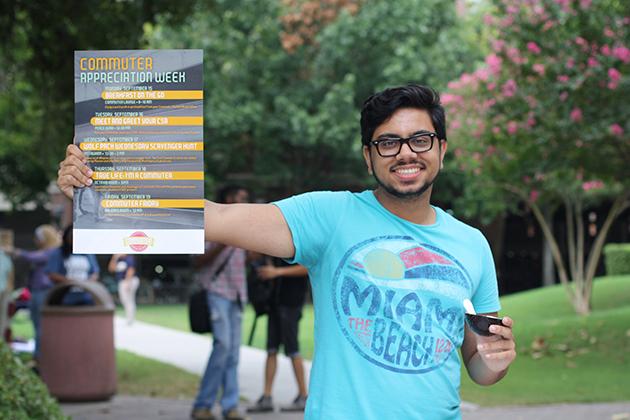 As of fall 2013, there are more undergraduate Loyola students who commute to school than those that live in the residence halls.

According to the Office of Academic Affairs’ enrollment statistics for the fall 2013 semester, 1,721 undergraduate students lived off-campus compared to the 1,289 who chose to live on-campus.

The Commuter Student Association, which has been re-launched this year, is geared toward helping commuters make friends on campus and making them feel more at home during their time at Loyola.

Victoria Jones, mass communication junior, is president of CSA. Jones says CSA was chartered last year by Student Government Association and has been around officially since January of 2014.

“Several people tried to start it out before, but now it is an official organization,” Jones said.

Courtney Williams, associate director of co-curricular programs, said that the club didn’t have trouble starting in the past; it was just difficult to get students involved in it.

“It took a while to get interest from students,” Williams said.

However, Jones said that the organization has some great people this year and believes that CSA will last a long time.

She said she believes that CSA is here in order for commuters to get the most out of their college experience.

“Most of these commuters hangout in The Hub, which is a place where commuter students come together,” Eric Picou, psychology junior, said.

The Hub, located downstairs in the Danna Center, is a place set up for commuters to spend their down time. It is filled with desks for SGA officers, CSA officers and commuter assistants, as well as other furniture for regular commuters.

However, Jasmine Nikdast, biology junior, compares The Hub to a “dungeon.” She said she prefers to not spend most of her time in The Hub like other commuter students.

Nikdast said she believes The Hub needs more seating now that all of the desks seem to be taken up by SGA, CSA and commuter assistants.

Courtney Williams said that people do have desk assignments, but he encourages commuters to sit in the common areas.

Jones said she wants The Hub to be comfortable enough for commuters to come in and talk to CSA members.

However, Mariana Macia, mass communication sophomore, said that not a lot of commuter students even know The Hub exists.

“I have no idea what that is,” Macia said.

Williams responded by saying that some students do and some don’t.

“We have worked hard to raise awareness to it because there are so many people there,” Williams said.

To get more commuter students involved on campus, both Nikdast and Picou have suggested better food options for students along with better communication about what CSA is.

Nikdast said the CSA should work on improving The Hub’s Wi-Fi because it can sometimes be unreliable. She also recommends new furniture for the space that commuters can actually use.