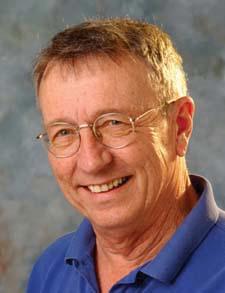 Carl Brans has spent much of his adult life on the cutting edge of theoretical science.

However, the man who developed the first alternative to Einstein’s theory of relativity will be resigning from his tenured position at Loyola next summer.

His doctoral thesis, with the late Robert Dicke of Princeton University, was the basis for the Brans-Dicke theory, a scalar-tensor theory – a theoretical alternative to Einstein’s theory of relativity.

“(The Brans-Dicke theory) was the first viable alternative that was publicized, so NASA and other people were really glad to see it, and a lot of experiments were done in the solar system to compare our theory to Einstein’s,” Brans said. “(NASA) put a lunar laser reflector on the moon … which would help test our theory versus Einstein’s. Well, it turned out that Einstein’s theory worked better than ours in this context, so people lost interest in this theory.”

The Brans-Dicke theory added the concept of scalar fields to Einstein’s theory, and it came back to prominence in the 1980s with the development of string theory and M-theory.

“There have been some revolutionary new proposals in the quantum theory of space-time, and in these new fields, people discovered a scalar field popped up, and maybe it was a Brans-Dicke field,” Brans said. “So, the scalar field was resurrected in the 1980s, and as astronomers have been measuring the expanse of the universe, it turns out the universe is expanding faster than Einstein’s theory would predict.

“So Einstein’s theory seems to be wrong, or else there’s some hidden matter in the universe, so people have suggested that this hidden matter is our scalar field. So, over the last 20 years, the Brans-Dicke theory has been resurrected in a new form.”

Brans has spent the last 15 years researching the topic of exotic smoothness in differential topology, about which he spoke in May at the Albert Einstein Institute in Golm, Germany.

“Einstein’s relativity started off with the assumption that space and time, which is called space-time, has a physical structure, and the structure corresponds to the gravitational field. In other words, gravity is a curving of space-time,” Brans said.

“The smoothness structure fills in a gap, an assumption Einstein and everyone else has made, about the structures that are on space-time, about how we can describe space-time, and some mathematicians about 15 years ago discovered that this is not trivial, that there’s a whole wealth of new structures other than curvature that could describe our space-time.”

When asked to explain his work in simpler terms, Brans said, “Popularizations of relativity and so on really mislead people because they try to explain things that cannot be explained without really going into the background. A popularization is like talking about a Beethoven symphony and expecting the reader, the listener, to understand it. You need to hear it. You need to hear the music played. You can’t just describe it in words. It’s the same thing in theoretical physics. You’d need to delve into the mathematics in order to really understand it.”

These new ideas, however, are difficult territory for theoretical physicists, because “mathematics has not yet matured to the point where we can actually state physical consequences of this. It’s a very new, cutting-edge field,” Brans said.

“I think, and others think, that it’s important that we explore it, so all we have done in the last 10 or 15 years is explore possibilities. This would include an exotic black hole, which would be an entirely different kind of black hole than standard Einstein theory.

“Cosmology, the overall expansion of the universe, would be different if we had some of these non-trivial exotic structures on space-time. We’re not at the point where we could make predictions that could be tested and proven or disproven, but it’s a beginning, and personally, I think it’s a very worthwhile subject to study.”

Brans, a BankOne/J.C. Carter Professor of the recently reinstated physics department and the co-recipient of last year’s Faculty Research Award with associate biology professor Patricia Dorn, received his undergraduate from Loyola in 1957 before completing his doctorate at Princeton University in 1961.

He concluded by quoting Voltaire: “‘Doubt is not a pleasant condition, but certainty is absurd.’ So everything we say could be wrong. That characterizes physics.”

Chris Jennings can be reached at [email protected]