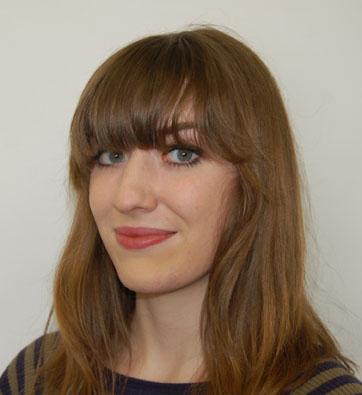 I would like to thank my friends at YouTube.com and ABC News for making the Vice Presidential Debate so readily available for live streaming on my laptop. What a gift to the internet community! One thing many YouTubers noticed and complained about, however, was the nearly constant Twitter feed at the bottom of the screen throughout the debate. Even when the program was over, the discussion of Twitter trends dominated the political commentary following the debates as well.

Twitter.com is a social networking website similar to Facebook, only simpler. Users write brief updates, or “tweets,” and then label these tweets using hashtags. For example, one would tweet: “Interesting points made on Catholicism and Abortion #debates” or “Paul Ryan’s biceps #yummy #debates.”

After Twitter hit the mainstream, I noticed this awful trend on network news in which news anchors and so- called analysts would spend a great deal of time discussing Twitter and its effect on society.

As children of the internet generation, watching this on TV was a lot like watching our parents learn how to send an email for the first time. The news looked upon Twitter as a social revolution, while we saw it as merely a natural progression in the way that we communicate, the most logical step after Facebook. For us, the methods in which we communicate don’t matter as much as the content of what is communicated. When the news discusses Twitter, what we get is one method of communication commenting on another method. This sucks away time that could be devoted to discussing actual content – say, the federal budget.

Seeing all these educated adults fumbling with their cell phones on national TV, giggling over Biden’s teeth and Ryan’s arms, all when we’re in the middle of a war and major economic crisis, left me confused and frightened. This isn’t to say that I didn’t keep up with Twitter throughout the debate. Anybody who follows me on Twitter and Facebook knows that I was just as obnoxious as the next internet dork watching Paul Ryan sip water or Joe Biden laugh. Yes, I too hashtagged “malarkey.” I also furiously followed Twitter trends and read all about what other obnoxious internet nerds across the political spectrum were tweeting during the programming.

That said, none of this is “news” in the sense of what I would expect from a legitimate news network. Contrary to what ABC News will have you believe, there’s no such thing as a social media analyst. We call these people internet surfers, and it’s not a real job. I don’t need network news to inform me of everybody’s stupid thoughts. I can use a computer on my own, thank you very much. Twitter ain’t news.

Chacha Murdick can be reached at [email protected]