Labeling sexuality is not simple 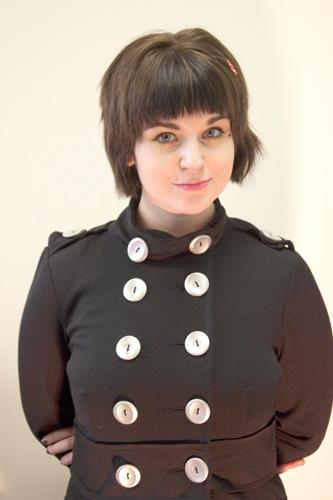 Because of The Maroon’s series on sexuality, I have decided to write this column on the ever-increasing complexity of sexual orientation identification. If you think that sexual orientation is just gay versus straight, you’re wrong. The number of words available to describe a person’s sexuality has expanded far beyond the hetero/homo binary.

If you’re looking for a label to suit your sexuality, you could choose to identify as bisexual, meaning you’re attracted to males and females, or, if that doesn’t quite cover it, you may be pansexual, meaning that you are able to experience attraction to males, females, inter-sexed people, transsexuals and all other humans. Gender and sex do not play much of a role in whether or not a pansexual finds another person attractive.

If people just don’t do it for you at all sexually, you may consider yourself asexual. As an asexual, however, you may still experience sexual desire, which you would be left to take care of on your own, making you an autoerotic asexual. Though, an asexual may still experience romantic attraction toward others, which means that you could be asexual but pan-, bi-, homo- or hetero-romantic.

For instance, if you’re an asexual homo-romantic female, you might see a woman that you’re attracted to and experience no desire to have sexual relations with her. You may, however, want to take that attractive woman to the movies, go on long, moonlit walks with her, and snuggle her, and you may feel butterflies in your stomach when she is near.

Asexuality with the ability to experience romantic attraction should not be confused with demisexuality, which is somewhat similar. Demisexuals experience sexual desire only toward people with whom they already have a strong emotional bond. Like an asexual, a demisexual would not see an attractive woman and immediately desire sex, unless, of course, that attractive woman happened to be in a serious emotional relationship with the demisexual.

If none of the aforementioned terms cover your sexual identity, it may be because you do not adhere to heteronormative gender binaries. There is also the chance that you may just be generally queer. Queer is essentially an umbrella term for all things non-heteronormative.

The growing complexity of sexual orientation is fascinating to me because the term “orientation” is contradictory in itself. Sexual orientation, in the most basic sense, is meant to define a person’s desires—desires, which by nature cause some of the most disorienting feelings imaginable.

I’m especially anxious to know how homophobes will come to terms with all of the new ways to define sexuality. Will they go on being homophobes or will they have to redefine their fear and hatred to be more specific or more inclusive?

Holly Combs can be reached at