Column: It is OK to take a breather 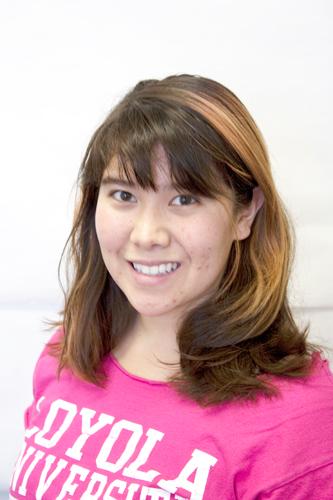 I, like many students, have a love-hate relationship with time. I love my room on-campus but dislike the fact that I still end up late sometimes. When I’m relaxing and have fifteen minutes to get to class, I remind myself of the time that I ran from Buddig to my class on the third floor of the communications/music building and made it in five minutes. Granted, on that particular day it was early in the morning, the elevators were working perfectly, no one recognized me and asked me about my day on the way to class and I was a much better runner two years ago, but none of these things matter to me when my bed is comfortable and I really want to take a nap.

Just a few weeks ago, I gave myself 15 minutes to print my paper and go to class on time. So, I waited for the elevator (which was broken), printed my paper (on the third try because two of the printers were out of order) and forgot my phone in the library in the rush to get to class. I went back to get my phone. By the time I had all of my things, class had been going for 20 minutes and walking in would have just been rude.

Plan for those things. Know that when you’re running to class at Loyola, your 5-minute walk in the morning could turn into a half-hour walk in the afternoon because you run into three people you know and have to apologize to the LUCAP chalker that you almost run over in the Peace Quad in your rush. A simple elevator ride can turn into a mechanical breakdown fiasco (or you could just run into a jerk who holds the door for his friend for ten minutes). You could lose the game of printer roulette in the library and end up printing to the one that’s out of order. And some days, every single one of these things will happen, and there will be absolutely nothing you can do about it. Instead of fighting your uncontrolled lateness, you should just take the last half hour of that missed class to have some coffee and feel humble. Everyone has bad luck sometimes – the least you can do is get a soothing drink out of it.

Kylee McIntyre can be reached at [email protected]