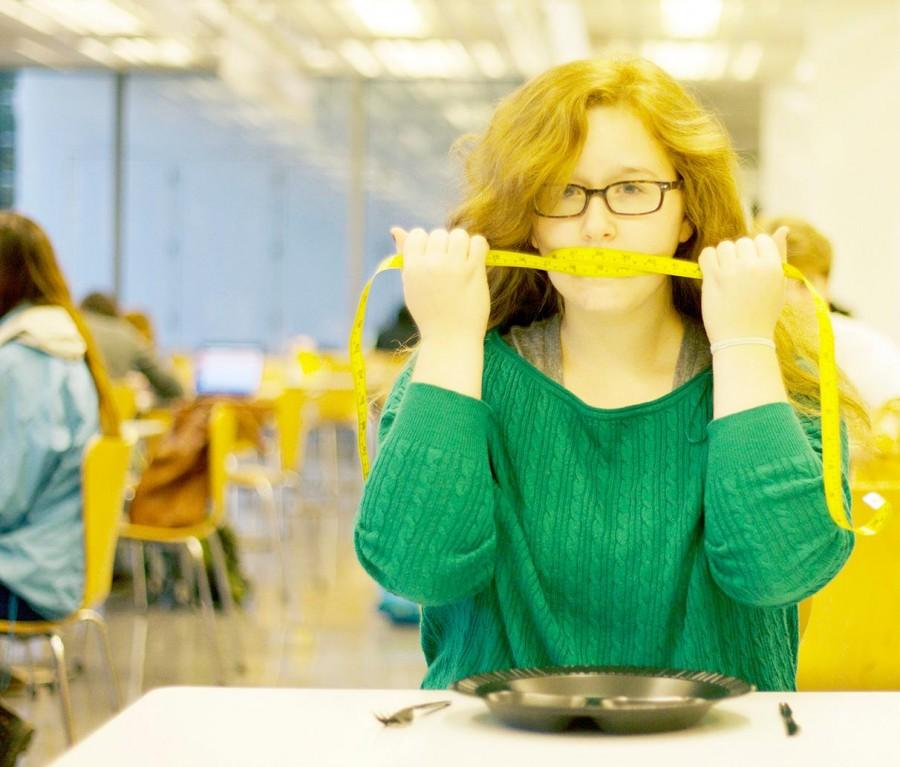 Loyola actively promotes its value of caring for the whole person by bringing awareness to eating disorders.

“We hope to continue it as an annual event,” Zitzmann said.

Jesse Hartley, an eating disorder therapist who worked as the executive director for the Children’s Advocacy Center, was the guest speaker for the event. She shared with the participants her own personal story of struggling with an eating disorder and how she was able to overcome it with the help of therapy and physical fitness. Hartley said that she was glad to come to Loyola to speak about her personal experiences.

“This is a critical topic to get out to people so that they can raise their awareness of an issue that isn’t usually looked into with great detail,” Hartley said.

International Business sophomore Stephanie Burnison said that she enjoyed the event and felt that it truly helped to raise her awareness of eating disorders. She said that the issue should be focused on more so people can truly be aware of the consequences that it creates.

“I felt that this event was really important because it brought up the dangers of eating disorders,” Burnison said. “Knowledge is valuable and I think that it is important that this knowledge reaches more people.”

International Business sophomore Mary Catherine Joiner said that she also enjoyed the event. However, she feels that it could have been even better if the event had been more publicized around campus.

“The event was very interesting and helpful,” Joiner said. “It probably would have been good if there were more advertisements about it so that it could have drawn in a large number of people.”

Zitzmann said that there are many opportunities for students who are suffering from eating disorders to seek help. She said that the university endorses the value of “cura personalis,” caring for the whole person, and that helping someone address an issue like an eating disorder is an example of Loyola’s commitment to the care of that person. One way of seeking help, she said, is by coming to talk to one of the counselors in the University Counseling Center.

“Counselors can talk with students who are struggling, connect students to nutritionists in the local area and consult with concerned parents, faculty or staff,” Zitzmann said.

Zitzmann said that it is still important to raise awareness about this issue and hopes that the event can continue for years to come.

“We live in a society of extremes, where there is enormous pressure to be extremely thin and where there are reports of ever-increasing obesity levels,” Zitzmann said. “In this context, it is important for us to acknowledge the struggles that many people have with food and weight while opening up constructive dialogue about how to develop healthy relationships with food and our bodies.”

Burke Bicshoff can be reached at [email protected]