Lolita Fashion allows for unique form of expression on campus 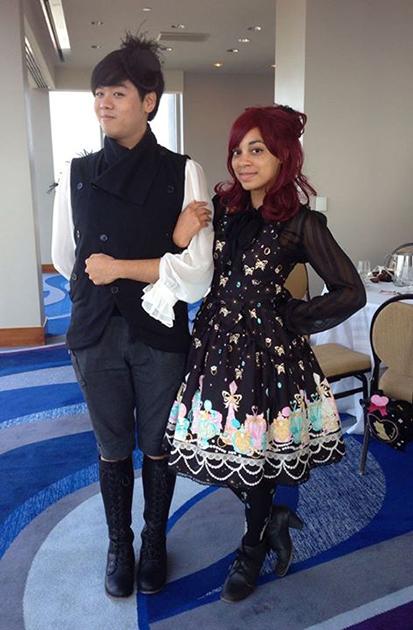 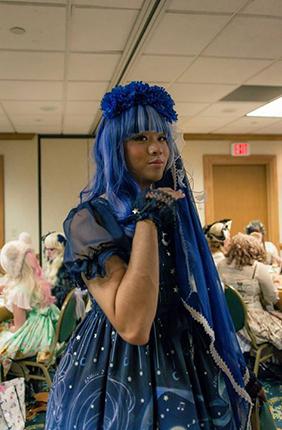 You may recognize them on campus by their brightly-colored hair and frilly garments, but while their clothing choices may not be traditional, wearers of Lolita fashion prove the adage “Never judge a book by its cover” to be quite appropriate.

Thomas Lin, A’14, describes Lolita fashion as “a Japanese street fashion that can range from the Victorian era, Elizabethan era and old European fashion.”

Blair Ajubita, English writing senior, wears Lolita fashion regularly. She said the fashion choice is a form of expression meant to go above the dramatic.

“The types of dresses reflect you personally, and it is a way to express myself,” Ajubita said.

Dresses in Lolita style can cost up to $300, so although Ajubita was interested in dressing up since she was young, she waited until she finally had a credit card to start making her own fashion statement.

She said that talking with Lin made her feel confident about the unique form of expression.

Lin wears both men’s and women’s styles when he practices Lolita fashion. He said he “feels at home” when he’s wearing the outfits. He said that Lolita fashion allows him to dress up and express his style in a way that he does not do daily, although he said there are some who dress up daily and whose lifestyles revolve around Lolita fashion.

Lin said he finds the aesthetics of the fashion brand intriguing. He said that the men’s style is a lot easier for him to wear, but that he still loves the intricate styles in the outfits that one simply “does not see in t-shirts and jeans.”

Some people make their own clothing, but there is also an option in New Orleans for those who wish to purchase their garments. KAWAII NOLA, located on Magazine Street, sells Japanese culture items and clothing. Lin said that the shop has been helpful in creating an atmosphere of acceptance.

“The owners are all extremely nice to the Lolita community,” he said.

Ajubita and Lin both said they believe this is the right store to visit if you are interested in the fashion statement.

Although there seems to be a lot of interest at Loyola regarding the trend, there is still not a “Lolita Fashion” club. However, there is a Facebook group called Nola Lolitas for anyone who is interested in the culture.

There are roughly 300 members in the Facebook group as of now. Every month, the group holds meetings and events, based on holidays or whenever people want to meet and hang out.

“We have a lot of fun while admiring the culture present at the meet-ups,” Lin said.

As Lolita fashion grows larger in the city of New Orleans, there is certainly potential for the trend to expand at Loyola as well.

“We are not alone here on campus,” Ajubita said.