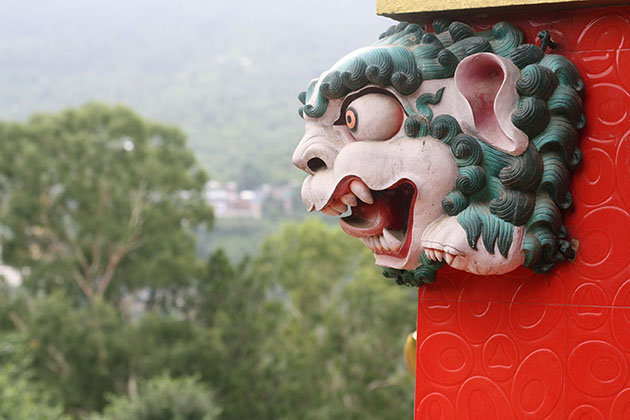 When someone unfamiliar with Buddhism thinks about this ancient tradition, perhaps they envision a hermetic monk, meditating on top of a mountain under a tree, seeking inner enlightenment and peace, far removed from the mundane worldly events unfolding everyday below them.

I cannot speak for any other Buddhist tradition, but I can write with confidence that such an image could not less accurately describe the Nichiren Buddhism practiced at Soka Gakkai International New Orleans.

Catherine Wessinger, professor of the history of religions, noted the more relaxed nature of Soka Gakkai in New Orleans compared to the institutionalized form present in Japan.

“In Japan, Soka Gakkai have their own political party, but here they’re much more low-key. If they have a visitor, they’ll be very nice and explain to you what they practice, their history and their beliefs are, but I don’t think its high pressure,” Wessinger said.

Poser said that his practice,, Nichiren Buddhism, was founded in 13th century Japan by a Buddhist monk named Nichiren Daishonin. He said the practice is based on the law of cause and effect and how the causes we have made in our past have brought us to the place we are today;  if we want to have insight into our future, we must focus on the causes we are making today.

“The practice is a wonderful way that we look at ourselves in the mirror everyday. We learn about ourselves and grow all the time,” Poser said.

During the introductory session I attended, the members demonstrated their main spiritual practice. We chanted the daimoku for 20 minutes while facing the gohonzon, a spiritual diagram written on white paper that serves as a mirror to the higher inner self — the inner Buddha — that followers are trying to access while chanting. Chanting the daimoku daily helps Soka Gakkai’s members face the the inevitable hardships in their lives.

“The obstacles ahead of my life, they don’t disappear, but you grow as a person to be able to handle them much better and that’s a key part of this practice,” Poser said.

This idea of accepting the unavoidable, everyday challenges of life and working to overcome them in order to become a stronger person, capable of ultimately helping our fellow man in the same pursuit, is the core of the Lotus Sutra, which Nichiren Buddhists consider to be Siddhartha Gautama’s highest teaching.

For members of Soka Gakkai, the lotus flower acts as a central symbol and metaphor in illustrating the principles of the Lotus Sutra. The lotus flower represents cause and effect, or karma, as it blooms and seeds simultaneously. Shawn Lewis, another member, discussed karma by drawing a parallel with Jesus’s famous teaching “do unto others as you would have them do unto you,” expressing his sincere belief that our actions, no matter how insignificant they may seem to us, affect our environment, in ways seen and unseen.

The lotus flower also symbolizes buddhahood, the state of absolute happiness and inner peace that arises out of our ordinary, and at times, hostile lives, just as the lotus flower grows out of a swamp and is unaffected by the murk surrounding it.

After introducing me to his faith, Kevin Poser kindly warned that although Soka Gakkai practice is easy to accept, it is difficult to implement.

Poser continued to say that whether or not I eventually joined the faith after speaking with him was not important. He emphasized the fact that he had introduced me to his practice and imagined the possibility that I might be affected by these principles enough to tell others about them, thereby continuing the ripple effect that is central to the Soka Gakkai practice. This ripple effect relates back to the notion of not living as a monk on top of a mountain, but rather coming down to earth and touching the lives of others in a positive way.

“This practice is based on being part of the world, part of New Orleans, and part of all the obstacles that arise within our life and helping other people to see that and grow as a person as well. It’s one of those things you have to try. I could tell you anecdotes and stories about the great things that have happened to me, but it’s basically up to you to try,” Poser said.