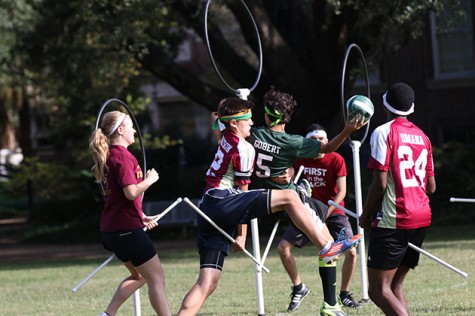 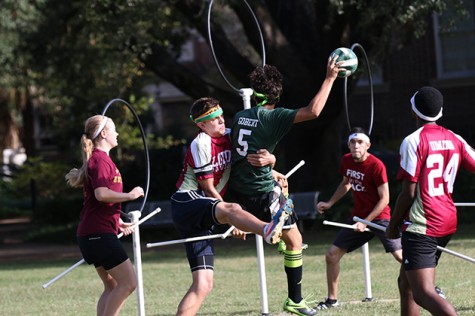 The Loyola Quidditch team played its first set of games of the season last weekend, taking a single loss from Louisiana State University by a mere 10 points.

Two years ago, the team placed second at the Quidditch World Cup, but last year they were put into Division 1, which includes teams of a very different caliber. This year, they are hoping to work through that to make it at least to the Sweet 16, Etefia Umana, mass communication junior, said.

Umana says last weekend was just the start of their journey to the World Cup when they played in the Crawfish Classic. Loyola beat Tulane University and the University of Southern Mississippi, but lost to LSU, a long-standing rival. Umana was involved in an injury to another player on the LSU team, which resulted in a 30-minute game delay. Up until that point, Loyola was ahead. But after that setback, Umana said they lost it; however, he said he believes that Loyola outplayed LSU.

“I know we’re better than them. I have no qualms about saying it,” Umana said.

Emily Sklarski, psychology senior, said that the loss to LSU was tough because it was the one game where there was history.

But she said after that delay, Loyola just couldn’t bring it back.

While the team said the day was a success, the season has only begun, and they said they still have a lot of work left to do. They said they remain hopeful that they will pull through.

Sklarski said that the growth in number of players is most essential to them and is really making the difference when playing in tournaments.

“Our depth is definitely our biggest factor. In years past, we’d come in with 10 people and do pretty well in tournaments. We could only dream of the day when we could field this many players. That day is here,” Sklarski said.

Umana said they all know that a tough year lies ahead of them, since they moved up a division last year. But he said that only gives them more drive when practicing and something to work for.

“Honestly, our biggest goal is to make Sweet 16. We are capable. Sweet 16 or bust. Anything after that: gravy.”