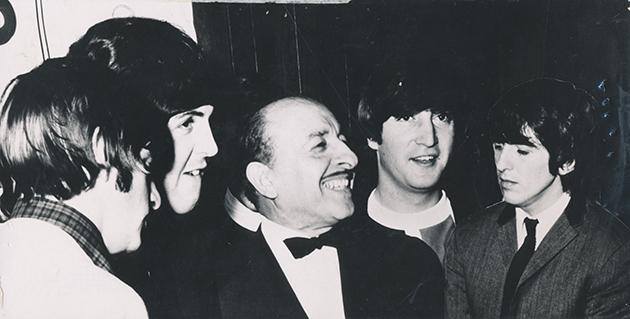 50 years can change a lot of things, but Beatlemania is a constant in New Orleans.
WYES, a local television station, is hosting a tribute concert at Tad Gormley Stadium in City Park to commemorate the Beatles’ trip to New Orleans in 1964. The concert will take place on Sept. 16th at 7 p.m., 50 years to the day after the original concert.
The concert will feature the tribute band The Fab Four, an Ed Sullivan impersonator and will have a ‘60s theme, according to the event’s press release.
Sharon Snowdy, WYES Events Coordinator, is hosting the event. WYES created the tribute concert to appeal to many people and to celebrate an event that was historic in many ways for New Orleans.
“It will be fabulous! It will be a time for everyone to ‘Come Together’ remembering a happy time in their lives or introduce the Beatles to a new generation who may not be familiar with their music,” Snowdy said.
Snowdy, who attended the concert 50 years ago as a fourth grader, said having a Beatles concert in New Orleans was a great honor. The Beatles played only 25 shows during their 1964 tour.
The Mayor of New Orleans in 1964, Victor Shiro, signed a proclamation and declared Sept. 16, 1964 to be “Beatles Day in New Orleans” and gave the band a key to the city.
Snowdy said the Beatles only held concerts in integrated venues, and their show in New Orleans happened just two months after President Lyndon Johnson signed the Civil Rights Act.
“The concert took place on Sept. 16th, so this was possibly the first time a large music performance was completely integrated in the city of New Orleans,” Snowdy said.
The Beatles also met with local musicians Fats Domino and Frogman Henry, and had Henry as one of their opening acts. Snowdy said this showed that the Beatles recognized the impact New Orleans and its musicians had on them.
The New Orleans Beatlemania held significance that set the show apart from the other shows on the tour. This was the only time during the U.S. tour that fans broke through both barricades and police lines in attempt to get closer to the stage, WYES Production Associate Kelsi Schreiber said.
Snowdy promises the audience will be able to both see and hear the band better at the tribute.
“When the Beatles performed, you could not hear them play with all the fans screaming,” Snowdy said.
She said the tribute will be longer than the original concert. The Fab Four will begin with the Beatles’ 1964 discography and work their way through the band’s different eras, with corresponding songs and costumes.
Schreiber agrees that the Beatles’ concert and their coming to New Orleans is an important event to commemorate.
“The whole country was taken over by Beatlemania, and many people, in New Orleans have very fond memories of going to the concert at City Park 50 years ago,” she said.
Oliver Marston, history senior, is planning on attending the tribute concert. He said he is a big Beatles fan.
“I’ve grown up listening to the Beatles. Abbey Road was also the first album I owned that my sister gave me for my birthday,” Marston said. “They’ve always been a childhood favorite of mine.”