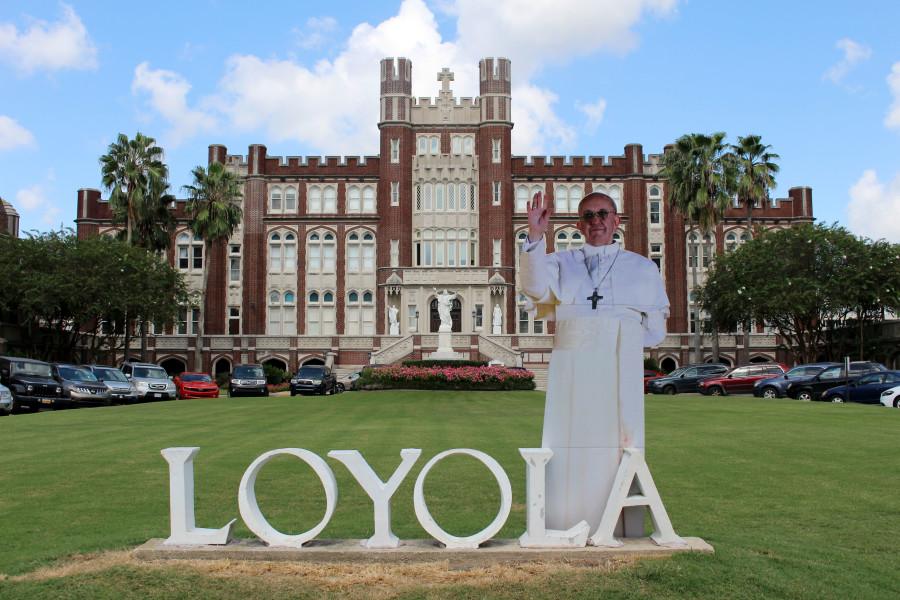 Since Pope Francis is visiting the U.S. for the first time, it’s appropriate to reflect on the impact that he has had on the Catholic Church and our culture.

The Church has the image of being an institution which is focused only on belief and dogma. Pope Francis reversed this, and is letting the world know that the Church is meant to be one in service of the poor.

Since the election of Jorge Bergoglio as pope, the world has taken another glance at the Catholic Church. The Church had been floundering in terms of membership and credibility, but Pope Francis has put Rome on a different, better trajectory.

Choosing the name “Francis,” after Francis of Assisi, a saint known for serving the poor, turned out to be indicative of his entire papacy thus far: one that prioritizes the poor and marginalized.

The best symbol to represent that is his shoe preference. Recent popes have been famous for wearing bright red, designer (read: outrageously expensive) shoes. The bane of humility of poverty, Pope Francis discarded the tradition and donnes plain, black loafers to represent living a life of humility.

Pope Francis has made a large impact on the United States, despite him only now visiting for the first time.

American media — and as a result, the Church in the U.S. — has a habit of focusing on sexual issues: contraception, pornography, premarital sex and abortion. There is Church doctrine on these issues, so it’s unfair to criticize the Church speaking on them.

However, the way that the Church has been talking about and prioritizing those issues gives the impression that the primary goal of the Church is not to help the poor, but to control people’s lives.

Pope Francis has done well in discarding those issues as the main priorities, while still keeping them as important issues. When he’s asked about sexual issues, he redirects the conversation to war, economics and ecology, and shows how those issues impact the underprivileged.

When someone hears about the pope kissing a man with a bulbous head, it seems genuine.

When the press reports that he washed a woman’s feet, when the practice was to only wash the feet of men, it doesn’t seem artificial.

When the leader of the Catholic Church, one of the largest faiths in the world, visits countries that aren’t the seats of power, it shows that Pope Francis is more concerned about those in need of help than those in need of attention.

Pope John Paul II was a vocal critic of the oppression from communist regimes. Pope Benedict XVI was a thoughtful theologian. These are great qualities. However, neither came as near to creating the image of a poor church as Pope Francis has.

Pope Francis is a great figure. Yet, he has problems that he should overcome.

First, in order to make meaningful changes that outlasts his papacy, he needs to change the structure of the Church. He has been even-handed with his appointments of bishops as well as representatives for the upcoming Synod on the Family. If he means to make a lasting change, it won’t come from continuing to appoint moderate decision makers.

Papal elections, like presidential elections, are cyclical. Once a conservative leader vacates the position, a liberal one takes his place. The attitudes and priorities Pope Francis has adopted could easily change if he’s replaced by a more conservative pope.

Second, Pope Francis comes off as having a tin ear when dealing with the plight of women. There are a few reasons for this. For example, regarding the ordination of women as priests and having women play a larger role in the Church, there is little he can do aside from making vague comments about how the theological role of women should be reexamined. While a positive comment, many women feel as though their concerns aren’t being prioritized.

Pope Francis has breathed life anew into the Church. Since Loyola is a Catholic, Jesuit university, we should be excited about this, even if many of us aren’t religious.

His message should be taken to everyone, regardless of their faith: serve the poor. Help the marginalized.

The editorial represents the majority opinions of The Maroon’s editorial board and do not necessarily reflect the opinions of Loyola University.