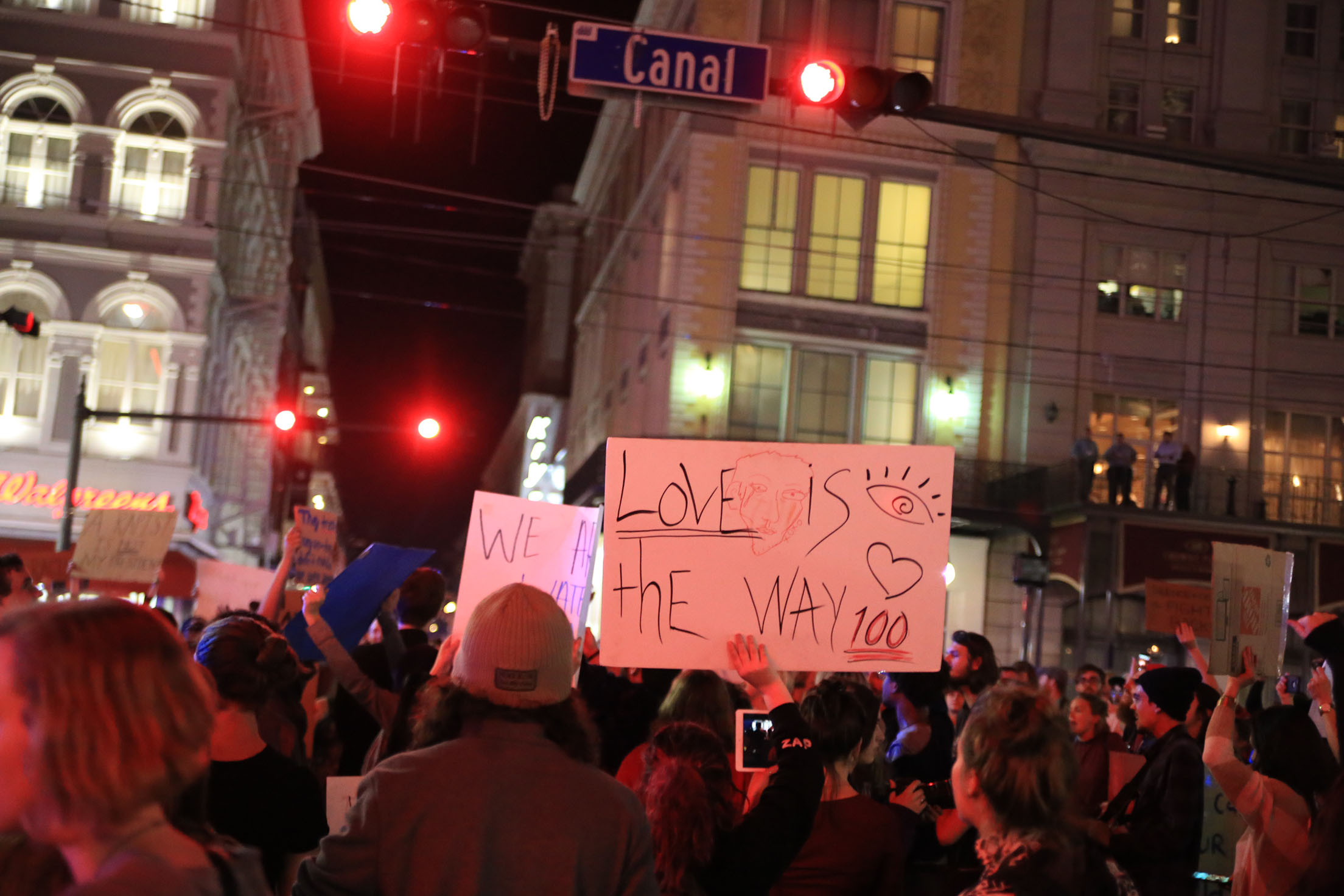 After the election of Donald Trump as the 45th president, protests have broken out all over the country.

Since Wednesday, protesters in New Orleans have gathered in front of Lee Circle with signs showing “Not my President” and “Love Trumps hate” to show their anger with the choice of new president. Last night their protest became mobile as they marched through the French Quarter shouting “Donald Trump! Go away! Racist, sexist, anti-gay,” and “No KKK, no fascist USA.”

According to the Facebook page, New Orleans Against Trump, the protesters will continue to meet each day at 5 p.m. at Lee Circle. 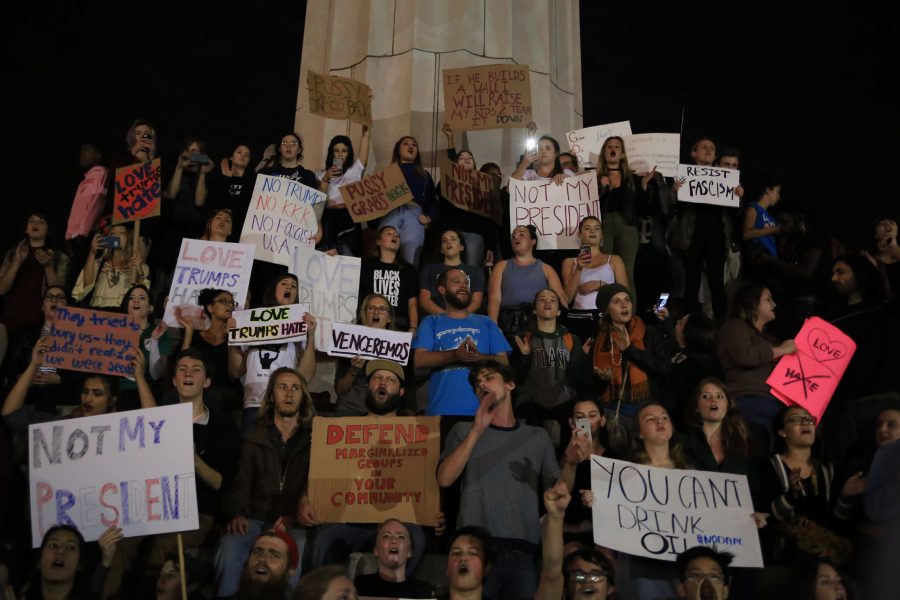