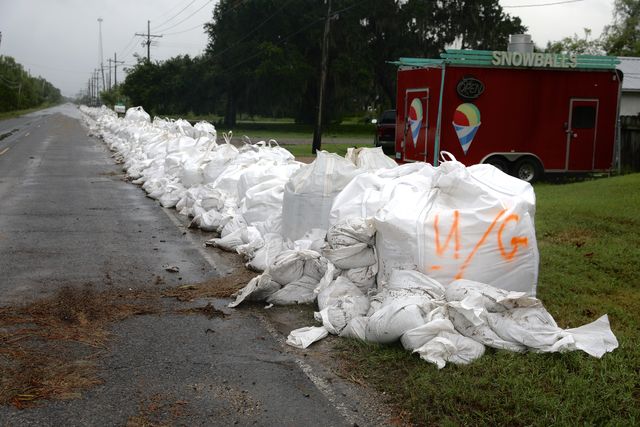 A wall of sandbags lines La. 45 in Jean Lafitte on July 14, 2019. The wall protected homes from flooding as Tropical Storm Barry swept through the area.

What did Tropical Storm Barry look like outside New Orleans? Sandbags and swimming snakes 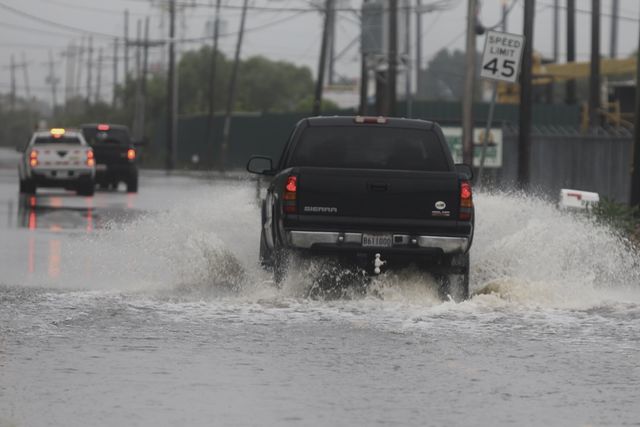 Gallery|10 Photos
Andres Fuentes
A truck drives though some flood waters along LA 45 in Jean Lafitte on July 14, 2019.

After days of warnings about the dangers of Tropical Storm Barry and millions of dollars of potential property damage, most New Orleanians woke up July 14 to calm cloudy skies and hurricane party hangovers.

This left many residents to question why news stations aired storm coverage over their regularly scheduled soap operas.

The answer is simple: Louisiana is much more than The Big Easy.

The first major storm of the 2019 hurricane season took its time to parade down the center of Louisiana. The storm came to shore as a Category 1 hurricane on July 13, downgraded to a tropical storm once it hit Vermillion Parish and by Sunday, was a tropical depression headed straight toward Shreveport.

Grand Isle kicked off the evacuation calls on July 10, and as Barry formed into a tropical storm aimed straight for Morgan City, other regions and parishes in southern Louisiana followed suit.

Through the weekend, 90,000 people lost power, many roadways were impassible due to high tides and heavy rains and multiple neighborhoods were cut off from emergency response teams.