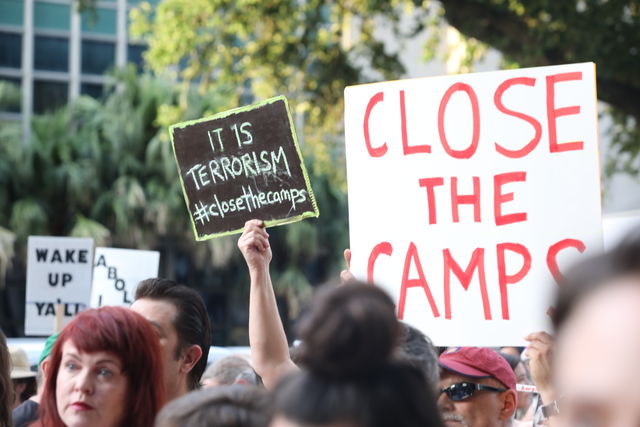 As the sun set down on New Orleans, hundreds of protesters came out to voice their resentment toward politicians and migrant detention camps.

Under one voice, both the speakers and the supporters shouted, “Ustedes son hermosos, we are all beautiful people,” on July 19.

Together with other organizations around the metro area, Lights for Liberty protested on the sidewalk in the Central Business District, below the Immigration and Customs Enforcement office.

The Lights for Liberty ICE protest has a crowd of supporters in the CBD along Poydras @WWLTV pic.twitter.com/u9HegTHVba

Nearly 300 supporters came to hear from representatives from the Office of Human Rights and Equity, Nuestra Voz, Abuelas Responden, and 12 other groups advocating for immigrant rights.

Speakers took to both English and Spanish to spread legal advice, free services, detention policy and more issues pertaining to undocumented immigrants that live in the area.

Pastor Benjamin Groth of Bethlehem Lutheran Church, said, “I think there is plenty of amazing organizations to connect with and that’s what the event tried to highlight.”

Martha Alguera, one of the lead organizers for Lights of Liberty and office manager and assistant to the director of Loyola’s School of Music Industry, was impressed by the homemade signs, altar and puppets brought by the crowd.

“I’m happy with the turnout and I think we are going to spread from here,” Alguera said. “This is just the first event of many that we hope to continue until the camps are closed.”

Alguera and other leaders organized the event for July 12, until Hurricane Barry ruined nearly three weeks of work.

However, the event was postponed for the following week and the message was as loud as ever.

“As a pastor, I think the bible is clear. Jesus say if you welcome a stranger, if you welcome immigrants, then you welcome me. And if you don’t, you’re dammed,” Groth said. “I think (the detention camps) are a huge issue in our community, both for people at large and the faith community.”

While there are over 2,000 detainees within Louisiana, Alguera believes the city is a haven, but that can also cloud its residents from the realities in other metropolitan areas across the country.

She said, “New Orleans has always been in our own little bubble. We are very liberal, we are very welcoming of immigrants. We forever have welcomed people from other parts of the world, but it’s hard sometimes living in this bubble.” 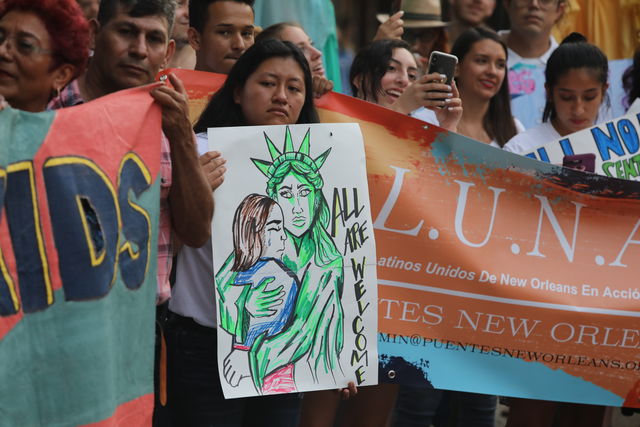