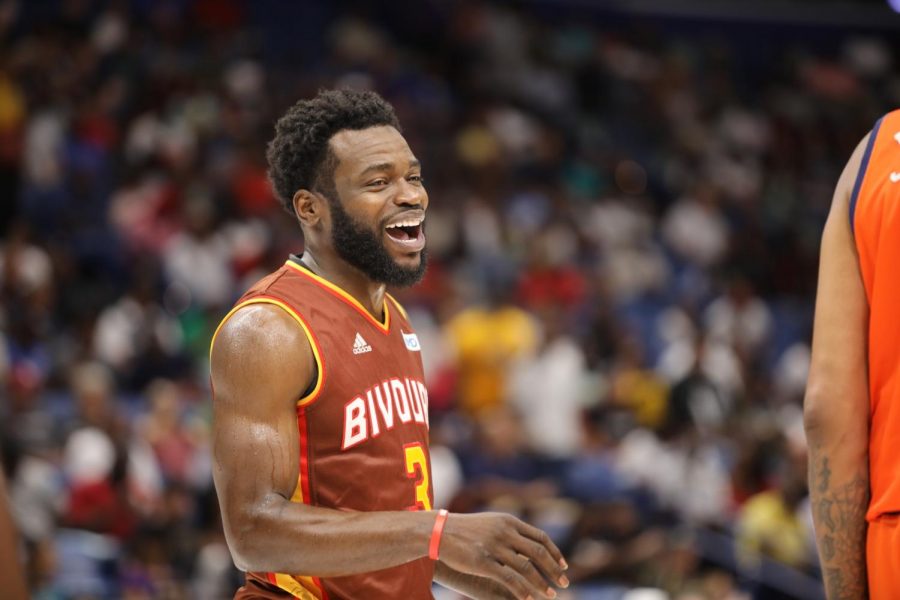 Former NBA stars drove in the paint, dove for loose balls and proved they could still play physical basketball despite leaving the association behind.

New Orleans got their first taste of BIG3 basketball, a league for retired players. Local celebrities flooded the court side chairs to see past NBA champions, All-Stars and award-winners play in the playoff round.

With announced attendence of 12,000, fans flocked to the Smoothie King Center on Aug. 25 to watch the three BIG3 games with all six teams providing “old school” basketball.

In the third year of the league’s existence, rapper and league founder Ice Cube and other executives chose New Orleans as the second-to-last stop before the championship in Los Angeles, and each team played their hardest to reach 50 points.

Games that occured in in the city determined the teams’ placements for the playoffs. Bivouac versus 3’s Company determined which team fell in fifth place this year while the two other matchups sent teams into the championship game.

The Killer 3’s faced off against the defending champions Power and the No. 1 seeded Triplets took on the 3 Headed Monsters.

Bivouac would win the opening game with a score of 50-36.

Now all eyes are on Sept. 1 for the title game and third place game. Tipoff will be at 2 p.m. central daylight time.

In their first season in the league, Bivouac had much to prove versus 3’s Company, but captain Josh Smith led his squad in a physical match up.

Smith finished the game with a team-high 16 points to go with 11 rebounds, two assists and a block.

The Bivouac defeated 3’s Company, 50-36, and finished the year in fifth place.

It’s a daunting task to face the defending champions, especially when the team is stacked with former Lousiana State University Tiger Glen “Big Baby” Davis and former NBA talent Corey Maggette, but Stephen Jackson and company hustled late in the game to earn the win.

They won 50-42 over Power and move on to the championship game versus the Triplets on Sept. 1.

The Triplets landed in New Orleans as the No. 1 seed in the playoffs with the 2019 BIG3 MVP Joe Johnson, and that’s exactly how they played.

Johnson led the day with 26 points and finished with five rebounds and three assists. Al Jefferson racked up 10 points and earned three rebounds.

The Triplets won over the 3 Headed Monsters, 50-39 and move on to face the Killer 3’s in the championship game on Sept. 1.