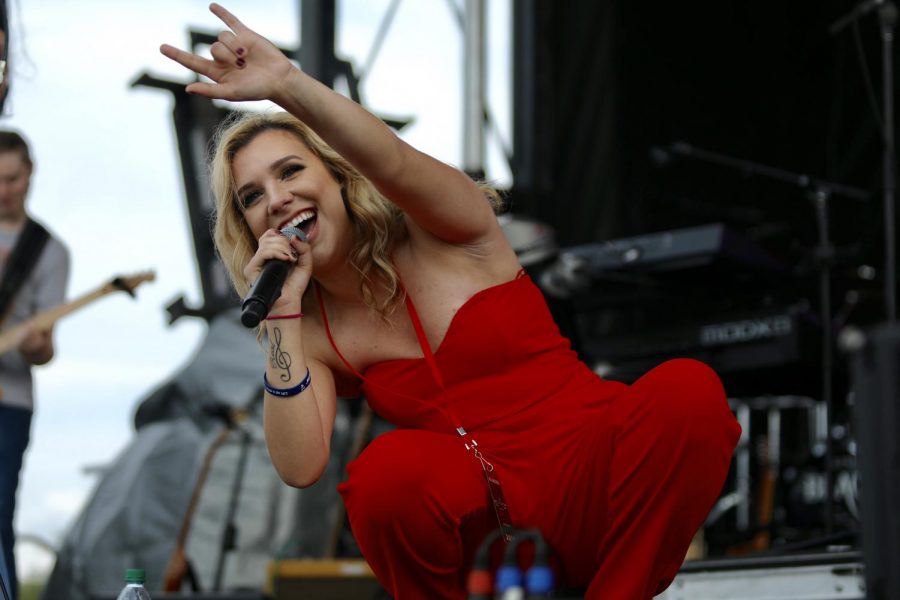 The sun was beating down on Kenner, Louisiana, but the Freedom Fest crowd was as happy as ever to celebrate the nation’s liberties for Labor Day weekend.

The smell of the food booths trickled into the sea of lawn chairs and spectators. Even an hour before the first act, people were seating themselves close to the barricades to catch a glimpse of the musical talent.

This year’s festival was different. This year’s headlining talent didn’t fly in from out west, but rather, she lived just 10 minutes away.

Popular and commercial music senior Jenna Hunts was eager to take the Freedom Fest stage for the third year in a row, but instead of merely singing the national anthem in front of thousands of her Kenner residents, the Loyola singer had her own 30-minute set to kick off the afternoon.

“It’s a rush, that’s definitely it,” Hunts said. “I always think I just become a different form when I’m (on stage). It’s just the best feeling.”

Hunts took the stage with her band mates to showcase their talent and some of her original music. She sang four of her own songs, one of which was titled, “Real,” her latest single.

“The lyrics say, ‘Just a human made of bones: I cry, I break, I crack, I moan. But I shouldn’t have to be alone when I have you,'” she said. “It’s just about that feeling of still having somebody and you’re in a relationship but you still feel alone because that person isn’t present.”

Hunts used her own personal experiences to craft the lyrics for “Real,” but often times, she uses the plights and stories of her loved ones to create songs tailored for their situation.

Her time on stage had the crowd clapping and swaying. And even loyal fans came out to sing along to her songs that have inspired them.

“It’s really awesome to see someone you grew up with perform on such a big stage for literally all of Kenner to see,” Bailey Wheeler said.

Celeste Bridges went to Archbishop Chapelle High School with Hunts and has always known music was in her future.

Bridges said, “She would perform at school and we would always tell her one day she would make it big. And now she’s performing at big events and bars for a whole bunch of people.”

Her popularity among local venues has soared throughout her time at Loyola, leaving the senior booked with gigs about every week and her mom optimistic for her time after graduation, even if it means that her only child has to leave Kenner to pursue her music.

“I know she’s living her dreams and she’s moving on to bigger and better things,” Stephanie Hunts said. “That’s what makes me a little nervous but I know she’s going to do well.” 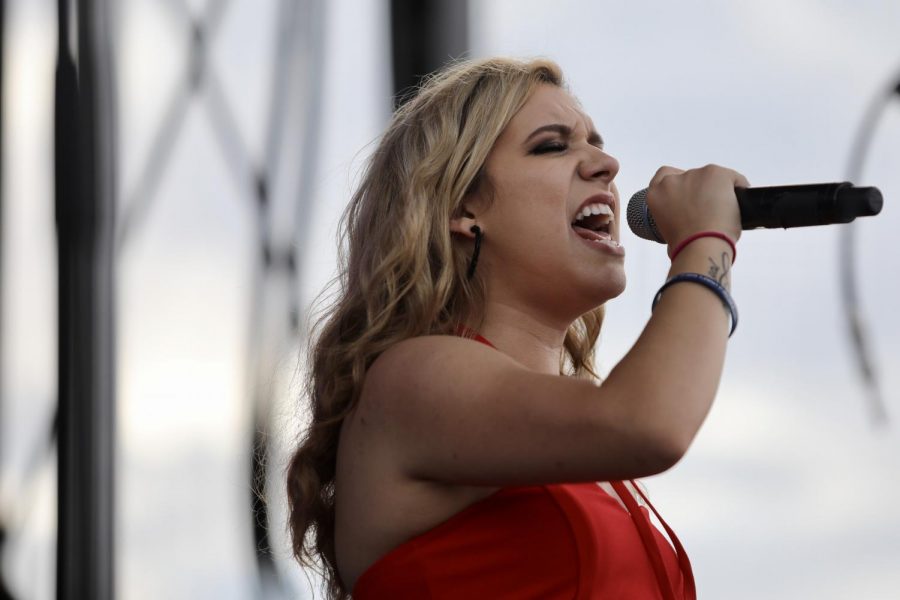