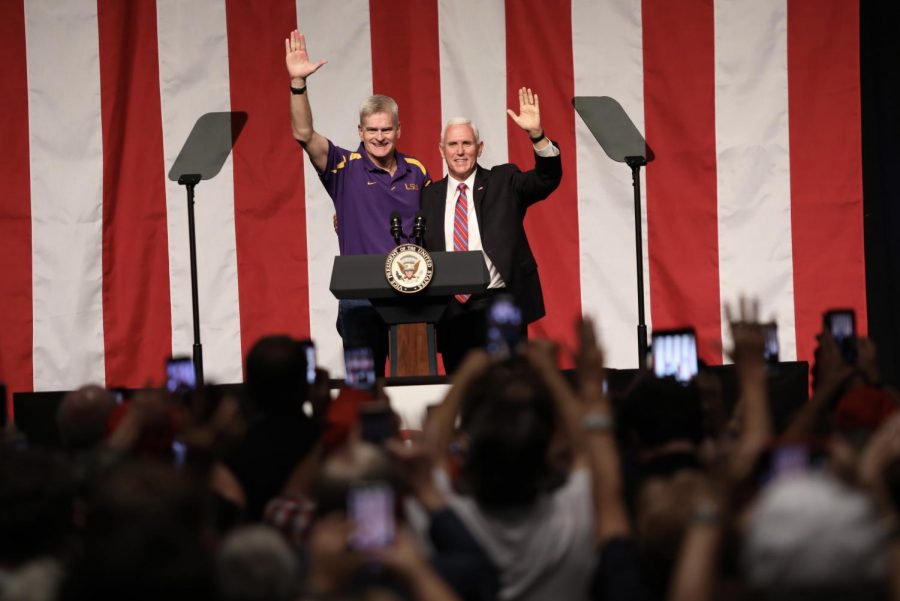 Instead of debating policies or launching attack ads, the two GOP candidates in the Louisiana governor’s race decided to unify with the help of Vice President Mike Pence.

With days left until the state’s primary election, Vice President Pence visited Kenner, Louisiana for the GOP Unity Rally to speak to conservative voters and to show his support for both Republican candidates, businessman Eddie Rispone and Congressman Ralph Abraham.

“It’s my great honor to be here with two great Republican candidates, one of whom will be the next governor of Louisiana,” the Vice President said.

Ahead of the rally, a poll done by JMC Analytics and Polling for the Louisiana Association of Health Plans marked Governor John Bel Edwards ahead of his other two competitors, but not enough to win his re-election campaign.

Louisiana’s GOP backs both of their candidates in this years election, seeing it as their best way to force a run-off election with their most popular candidate.

“(John Bel Edwards) must be defeated,”Louisiana Republican Party Chairman Louis Gurvich said. “There can’t be no second term. To defeat him we have a united Republican Party.”

Both candidates were also on the attack towards the state’s governor, citing their discontent with the current condition of Louisiana compared to the economies and infrastructures of other states in the country.

“I say this all the time, if LSU was last in the SEC what would we do?” Rispone said. “We would fire the president, the provost, the dean, the coaches and the poor water boy. We wouldn’t put up with that.”

Abraham had a similar message.

And while the party is confident that this year’s election will end up with a conservative in the governor’s house, voters are concerned that the two candidates might not be the best strategy.

“I was concerned it was going to split the Republican vote and make it easier for our present governor to be re-elected,” John Haley said.

But whether the GOP ends up with a win or not, officials stressed how important the election was for the national stage.

Vice President Pence said, “Louisiana if you want to send a message to Washington D.C., send a Republican governor to Baton Rouge.”

Election Day is on Oct. 12 and the runoff elections are for Nov. 16. For more information about voting, click here.