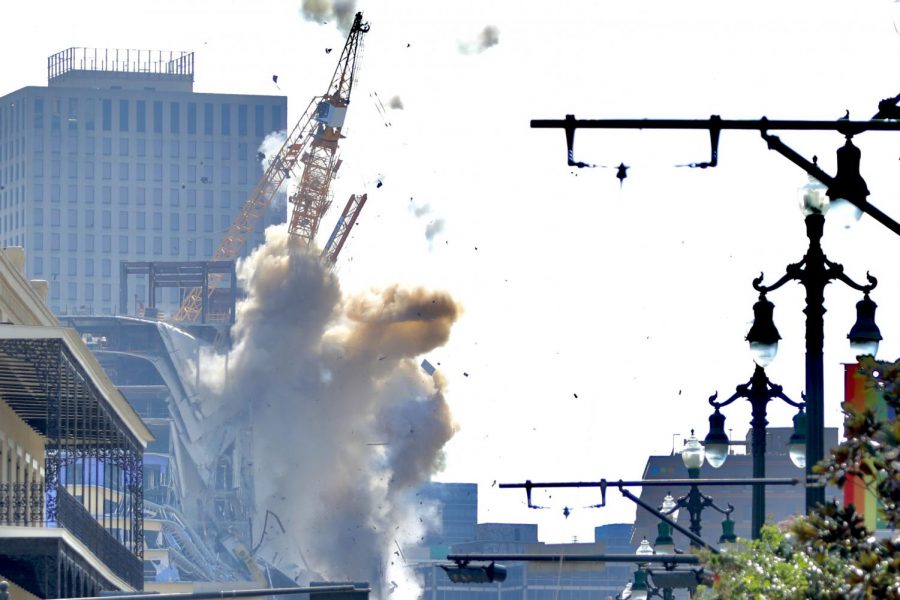 One of the unstable cranes at the Hard Rock Hotel starts to fall onto North Rampart Street after a controlled detonation on October 20, 2019. Photo credit: Andres Fuentes

The two cranes that affected businesses and activities in Downtown New Orleans have finally come down.

After it was rescheduled from Saturday, Oct. 19, the demolition of the two Hard Rock cranes happened Sunday, Oct. 20 around 2:30 p.m.

“I don’t think it could have gone much better,” said Superintendent of the New Orleans Fire Department, Tim McConnell.

The city let off two sirens before the implosion occurred to let people in the area know it was happening soon. The demolition knocked down one crane straight into North Rampart Street, but one crane still stands on top of the Hard Rock construction site.

According to officials, there are still two individuals inside of the Hard Rock Hotel. Mayor Latoya Cantrell wants to bring closure to the families by finding the victims inside.

“Recovery. That’s what it’s about right now, recovering our people that are still inside that building,” said Cantrell.

Officials said the recovery for the victims will be successful, but will face challenges trying to find a path inside the collapsed building.

“We will see how long it takes, we are going to have to pull a lot of debris to get to them,” said McConnell.

Following the demolition, the engineers on-site were assessing the damage to the building and surrounding areas.

The damage around the demolition site was minimal; three broken windows at the Saenger Theatre and a damaged sewage line. Engineers are still checking to see if there were any other damages in the area.

For the demolition, the city expanded the evacuation zone on early Saturday morning when they started to evacuate people in the area. But the restrictions did not did not stop locals and visitors who came to watch outside of the zone.

“It was pretty crazy, it was a tragedy that happened, but it’s once in a lifetime thing you’ll see as well,” said visitor from Massachusetts, Beth Crowley.

“It happened pretty abruptly, I’m glad I was out here, but before you know it was over,” said New Orleans resident, Maxwell Hausslein.

While search and recovery crews look for the victims inside the Hard Rock, officials say the next mission will be demolition of the whole building. 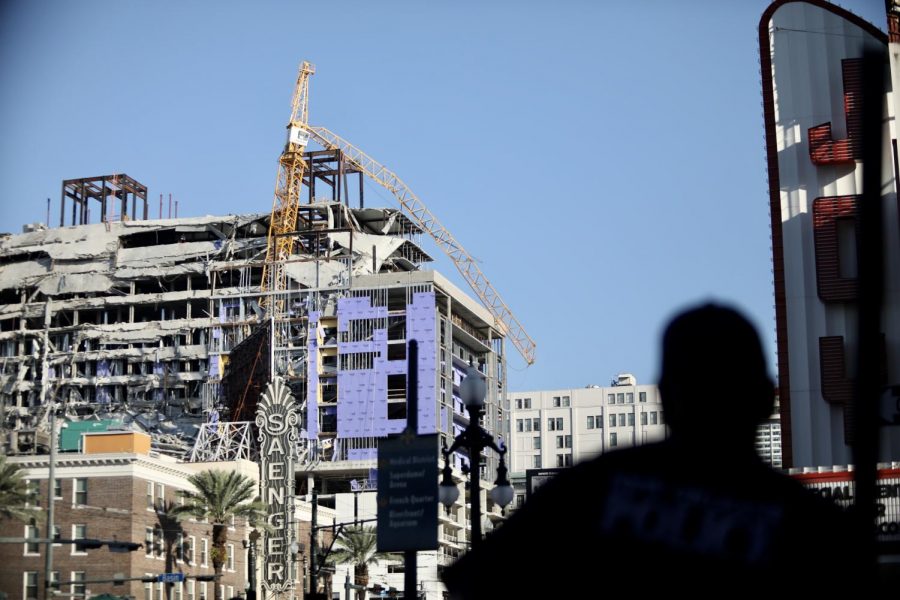 Gallery|4 Photos
Andres Fuentes
One of the two cranes at the Hard Rock Hotel remains on top of the construction site after the controlled explosions on October 20, 2019.
Leave a Comment