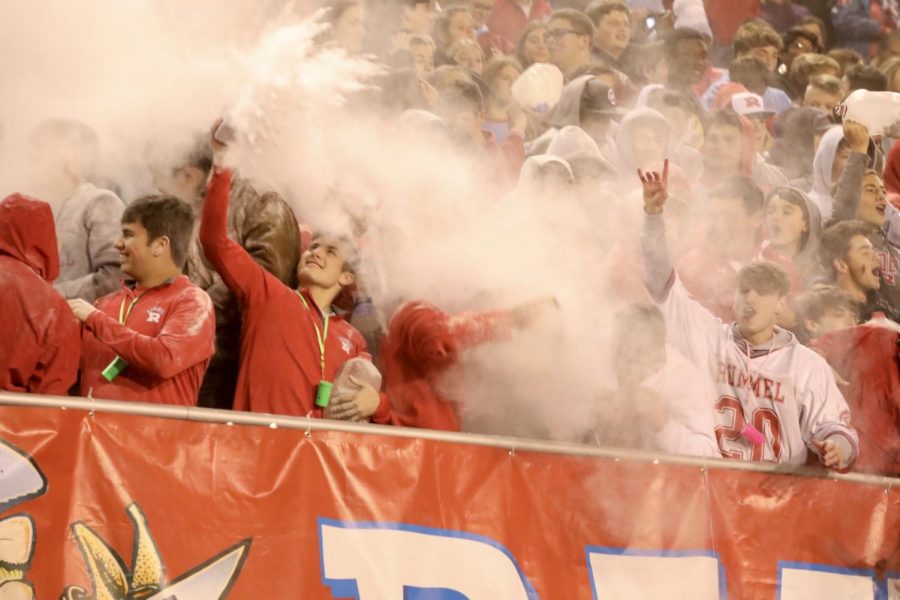 Louisiana sports fans knew this weekend was coming when the schedules dropped. Both the New Orleans Saints and the LSU Tigers had bye weeks at the same time.

But little did they know, the local prep scene had the matchup that would quench their need for gridiron action.

In the tale of two undefeated times, the Archbishop Rummel Raiders marched into Joe Yenni Stadium to take on their Class 5A rival the John Curtis Patriots. Both teams were 8-0 on the season and sported a history of passionate and intense football.

The No. 1 ranked Patriots got on the board early and left the Raiders scoreless in the first half, 14-0. But the game took a 180-degree turn in the second half, with Rummel tying the game and keeping John Curtis out the end zone .

In overtime, the Raiders managed to sneak in a touchdown, and prevented a two-point conversion by the Patriots to win the game, 21-20.

This is how you react when your team stays undefeated. @ArchRUMMEL beat @Curtis_Patriots 21-20 in OT to advance to 9-0 on the season. #BeOn4 @WWLTV pic.twitter.com/lMcB9sW512