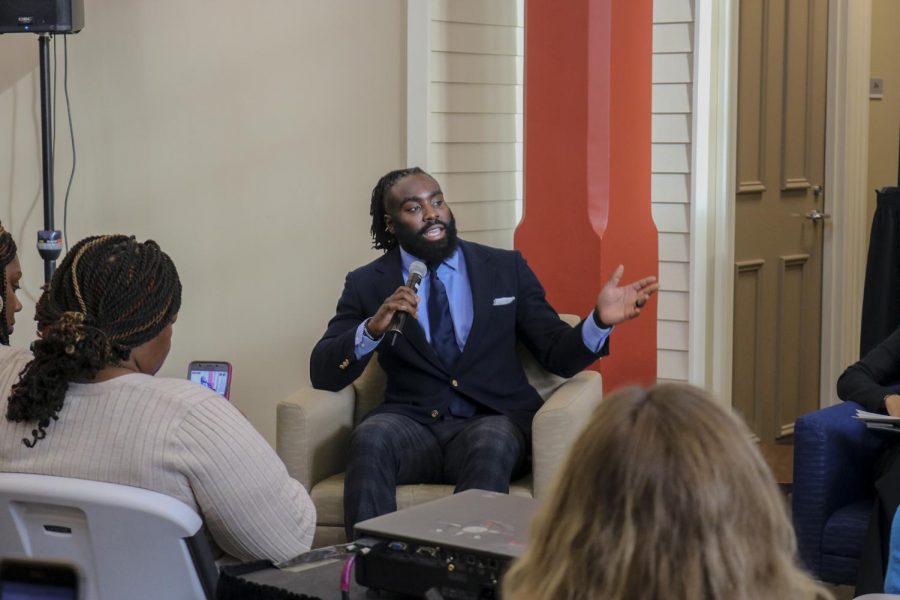 For people who fight for equity and justice, Orleans Parish public defenders have trouble finding such qualities when it comes to their appropriations battle.

Chief District Defender Derwyn Bunton said the typical day for defenders is rushing from case to case, knowing that there is no adequate funding for the amount of work they are doing.

According to Bunton, the Orleans Parish Defenders’ Office receives $1.8 million from the city of New Orleans and they take on 85% of the felony cases. Their counterparts, the District Attorney’s Office, receives $6.6 million but take part in fewer cases.

Furthermore, despite the increased workload, the public defenders office only has 59 attorneys, seven investigators and must pay for office space. The DA has an arsenal of resources, with 90 lawyers, 30 investigators, rent-free space and help from the New Orleans Police Department.

“There’s simply no way to turn it and call it fair,” Bunton said.

Despite the large disparity, the defenders’ funding issue is not well known among the public and officials, but a local NFL talent wants to bring more attention to the problem.

Davis and the public defenders feel the under funding problems lead directly into mass incarceration. With many defenders taking on over 200 felony cases in a given year, there is little to no opportunity to provide the best representation possible.

Davis related the situation the defenders face to the game of football.

“Me being a ball player, if I looked at a team that’s getting that much assistance, their resources are way better. When it comes to the game, we are not going to be able to compete,” he said.

Bunton believes that more funding would benefit both their clients and their communities as a whole.

“By putting more attorneys on the front, we have been able to reduce our jail population without harming public safety and our clients are better able to comply with those conditions after release,” Bunton said.

Recently, Mayor LaToya Cantrell has proposed to increase the Orleans Public Defenders funding to $2.3 million next year. The defenders will now continue to push city council members to approve more funding that’s closer to what the District Attorney’s office receives.

In the meantime, Davis will continue to advocate for equity among the city’s lawyers and he hopes his work inspires others to join the cause.

“To who much is given, much is required,” he said. “So I don’t look at it as me doing anything extra than what I’m supposed to do. It’s part of being a human being. If you see people struggling and you can do something about it, do something.”