Who are the candidates? A look into the three potential provosts

After three years of temporary administrators serving as the second-in-command to the university president, Loyola has narrowed the search for a permanent provost down to three candidates with the hope that the new chief academic officer will become a part of the Loyola community in the summer of 2020.

A university search committee made up of faculty members, administrators and Student Government Association President Jessamyn Reichmann selected the final three candidates after rounds of interviews and research. But the final decision of who will be in charge of Loyola’s academic programs for the foreseeable future will be left to President Tania Tetlow.

The final three candidates visited campus before Thanksgiving break, met with student representatives from SGA and presented their vision for the future of higher education to faculty members. Although Tetlow will be the final decision maker, she acknowledged that it is a choice that will affect all of Loyola.

“This is a job that requires someone with a lot of creative ability to see the future before it is clear to other people about where universities are headed… and somebody who I work really well with, so, they have to have a sense of humor, or at least laugh at my jokes. Someone who fits the Loyola community, which means someone who really has intense empathy and warmth and will fit in with our people. This is not a place for cold efficiency or narcissism,” Tetlow said in an interview with The Maroon. “I will take very seriously, because it is enormously relevant, how faculty respond to the finalists, how students respond.” 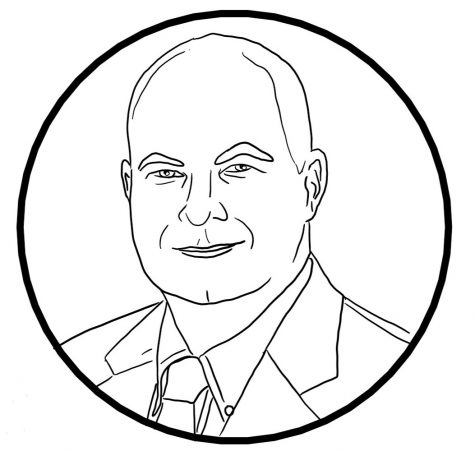 David Yellen, a graduate of Princeton University and Cornell University School of Law, is currently a professor of criminal justice at Marist College in New York where he previously served as university president from 2016 to the summer of 2019. As university president, he oversaw the creation of a new school of medicine, scheduled to open in 2022, as well as the creation of new programs in cybersecurity and physical therapy.

Yellen said his decision to leave the presidency after three years and focus on being a professor at Marist was due to the “culture” of the administration.

“I succeeded a gentleman who became president at 31, 32 years old, and served for 37 years,” Yellen said.

“The board chose to create a job for him that people who are experts in university governance would tell you there should not be a role like this for someone when you have a new president,” said Yellen. “My three years there were not a quiet time. We were doing a lot of big changes. and even some small symbolic things got the ire of some of the old guard.”

Yellen said even his decision to put the university logo on the football field caused a “schism” in support for his presidency.

“It just turned out to be a place that didn’t have the right culture for me,” Yellen said.

But Yellen said he does not feel the same way about Loyola.

“I see in Loyola New Orleans, a university with a great sense of mission, pride, an outstanding group of people and academic programs, a place that has overcome a lot in recent years and a place with enormous potential to achieve important and meaningful things in the next decade,” said Yellen.

Before his time at Marist, Yellen spent 11 years as the dean of the law school at Loyola University Chicago, a job he described as “the most rewarding” in his career. When he arrived in 2005, Yellen said the university was coming out of a period of enrollment challenges that have informed his vision for Loyola University New Orleans.

Yellen said universities like Loyola need to focus on emphasizing the importance of a humanities education while using technology and predictive analytics to retain students and create new programs to bring in revenue.

“More and more students, certainly at the graduate and professional levels, are looking to take advantage of smart technology-based programs,” said Yellen. “Universities need to be looking at creative programming for adult learners.”

He acknowledged that as a Jesuit university, “we are not in this to make a profit,” but for Yellen, increased revenue is a necessary prerequisite to growing the reach of Loyola’s mission.

“You collectively have made hard choices and sacrifices,” Yellen said to university faculty and staff. “I firmly believe Loyola New Orleans has the ability to be one of the great success stories of the next decade.” 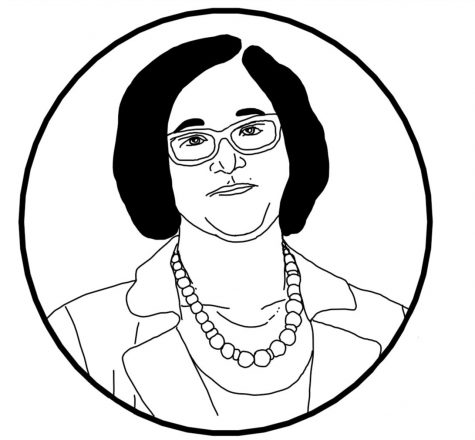 Tanuja Singh is going into her 11th year as the business dean at St. Mary’s University in San Antonio. Decades ago, she never saw herself becoming a university administrator; in fact, she was a physicist. Originally from India, she received a Master of Science from Allahabad University before changing her route and going to Millsaps College in Mississippi for her MBA and Southern Illinois University for a doctorate in marketing.

“I decided that I liked people better than particles,” Singh said simply.

Singh said her own change of career path serves as an example of the labor market’s demand for “discipline agnostic skill sets,” translatable skills that humanities universities like Loyola give to students regardless of major or college. She said Loyola needs to emphasize the versatility of a humanities education while also creating market-responsive online and certificate programs to grow the university’s income.

“One of my goals is to bring in new revenues and new programming, then you have the ability to hire new faculty,” Singh said. “I truly believe cost-cutting is not the way forward. Once you have cut cost, the next step has to be revenue growth.”

Singh also said she wants to prioritize diversity, specifically among faculty, something that she realized was lacking in higher education when she entered her deanship at St. Mary’s.

“San Antonio is a majority Hispanic city, and we did not have a single faculty who was Hispanic. Not one,” said Singh.

So she recruited the first female Hispanic faculty member to teach finance, a hire that Singh said doubled the number of female students taking the class. This year, Singh said the business school hired its first African American faculty member after learning to intentionally recruit diverse candidates, a concept she wants to bring to Loyola.

“My board was similar in background and similar experiences. How do you change that? It doesn’t happen organically. It has to be part of a strategy,” Singh said. “A diverse organization has better outcomes.”

When Singh got to St. Mary’s, she started a series of town halls and created two student advisory panels to create a tradition she said she would want to continue at Loyola, one of student involvement in administrative decisions.

“You have to be visible and you have to hear people,” Singh said. 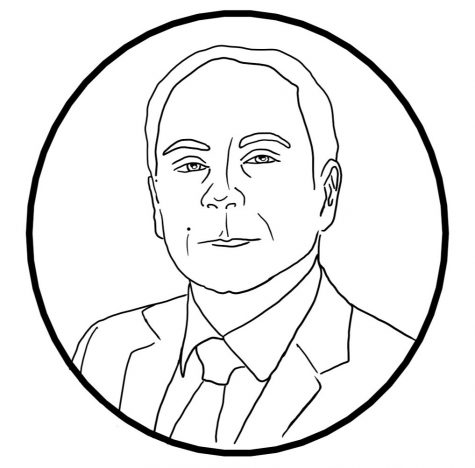 Thomas DiPiero, dean of humanities and sciences at Southern Methodist University, is familiar with the Ivy League. He got an M.A. and a Ph.D in romance languages from Cornell University, but he wants to come to Loyola.

“I have been to the Ivys, and that was enough, quite frankly,” DiPiero said. “I do not identify as Roman Catholic, but what I like are the systems of values that are embraced here and taught here as part of peoples’ educations, but also as part of what people want to become after they leave the university.”

DiPiero said institutions of higher education do need to increase revenues with the use of technology-based programs, but also need to be wary of being focused just on the bottom line.

“Too often we hear about the ROI, the return on investment for education, which I find actually offensive because what that typically looks at is what your salary is after graduation, and what did you pay for tuition. If you are getting educated just for that reason, I am not interested,” DiPiero said. “It is not about the ROI. It’s about the person you want to be.”

If chosen as provost, DiPiero said he will focus on helping students have access to mental health resources to deal with what he said is a drastically different level of stress than he faced in college in the 1970s.

“We should not be putting this kind of pressure on people, but we are, and it’s taking a toll on how you all live your lives. So one of the things we need to do is let you let off steam and help you in those stressful circumstances that befall college students,” DiPiero said. “My job is about making sure your path is as smooth as possible so you can tackle the academic challenges in front of you. Otherwise, my vision of your success is irrelevant because your vision of success is the most important thing.”

He also said that Loyola needs to come up with creative new programs to attract non-traditional students, diversify its faculty through “aggressive recruiting,” but also rethink the typical course model of three credit hour classes.

“We need to disrupt that model. Why is the three credit class the best or the most efficient or the most interesting way of delivering instruction? We need to think about ways of delivering instruction that have to do with the learner and the discipline in particular. There is no way you can ever convince me that the best way you teach computer science or chemistry is the same way you should teach Spanish or English,” Yellen said.

University President Tania Tetlow will make the final decision on who Loyola’s next provost will be. Tetlow said her decision will be announced publicly in December 2019 or January 2020 at the latest, and the provost will most likely step into their role this summer.

“It is a big deal to pick the person you will work most closely with as a partner and will have such influence on the academic future of Loyola,” Tetlow said. “I really like all of the finalists. I have the good problem of a hard choice to make.”